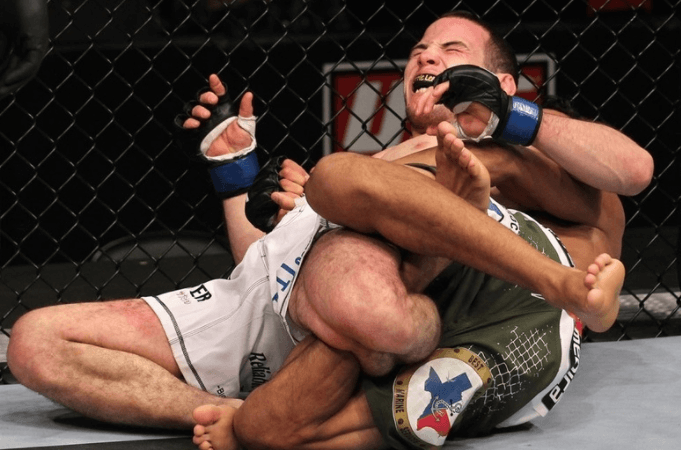 There are myriads of techniques that you can learn in BJJ once you master the basics. Naturally, some of these techniques won’t be as effective as some others, but it may still pay off for you to learn how to do them because you may never know when you will get an opening to execute a perfect submission. One of these “maverick” techniques in BJJ is the well-known calf slicer.

The exact origin of this technique is unknown – chances are that several BJJ schools around the world started using this technique not that far apart from each other. Calf slicer also called calf crushers is often used in Sambo and submission wrestling.

How the calf slicer works

The calf slicer is exactly what it sounds like – you will need to make an UNGODLY level of pressure on your opponent’s calf, which will cause an equally ungodly level of pain. In fact, the calf slicer is one of the most painful techniques in the entire arsenal of BJJ techniques. The way to apply the pressure is through the use of your shinbone which you will place underneath the weakest point of your opponent’s calf. Then you will pull down on the toes of your opponent and this will create the pressure that you want.

If you do it right, then you will make your opponent tap out instantly, as this level of pain can’t be tolerated by a whole lot of people. If the two of you are not careful enough, or if your opponent fails to tap out in time – catastrophic injuries may follow. You may break your opponent’s calf muscle of fracture his tibia, or bust out his entire knee joint. This move is not to be taken lightly, so make sure that you exercise full caution while doing it.

Ways to execute the calf slicer

One of the best and most practical ways in which you can implement the calf slicer in your BJJ game is through the use of Eddie Bravo’s 10th Planet BJJ system. One of the key positions in this system is the so-called “truck”. This is a position where you will control your opponent while you’re underneath him and it will leave little space and options for him to move. Typically, you will have a lockdown on one of his legs, and you will control the other leg with your arms.

You can easily attack the leg with the lockdown by moving your shin underneath the calf, at the point where the calf ends, near the knee. Then you should use one of your hands (use the other hand to hold your opponent’s other leg) to pull down on the toes on the leg that’s under attack with the calf slicer. If done correctly, your opponent will immediately tap out.

Variations of the move

This is not to say that there are no other ways to implement the calf slicer in BJJ besides through the 10th Planet system. You can implement it from many positions including mount, turtle position, x guard, deep half guard and more.

Good position to execute the calf slicer is x guard. When you get x guard you need to disbalance your opponent and elevate him slightly. When you have x guard take your foot off from his hip and go under the leg that you are attacking. After that, you need triangle your legs and get a strong gable grip with your hands. To finish raise your hips and grip down to apply pressure to calf and that will get your opponent to tap.

Calf slicer from top half guard

When you find yourself in top half guard, you need to pull your leg out to free your knee. Then roll over the shoulder that is on the same side of your leg which is being triangled by opponents legs. The roll is similar to that of the truck and from there, you can finish it on the same way as you did from the truck.

Defense from the calf slicer

Always keep your eyes open on when your opponent will try to put his shin under your calf. This is a dead giveaway that he will try to do the calf slicer, and all he will need to do in order to complete the move is to grab the end of your foot so that he will pull it down. Don’t ever allow them to do this and give your best to get your opponent’s shin as far away as possible from your calf.