In a recent social media war, Gordon Ryan challenged Andre Galvao to a No-Gi match.  Everything started when Galvao posted a video saying that he was the “real king”, on which Gordon Ryan responded with the following Instagram story: 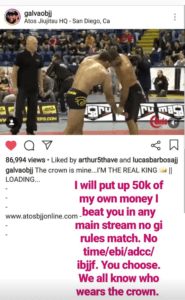 “50k? Come on…I’m worthy over 1 million dollars in this game || just like I said on my last post. Your actions speaks louder than your words. And here are my actions: 5X ADCC, 5x IBJJF ***not gonna waste my time writing all other titles here and all I’ve done for the sport “ 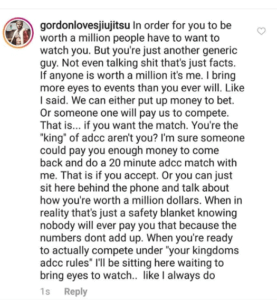 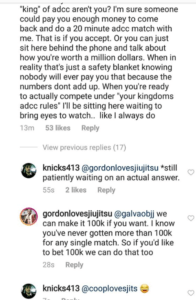