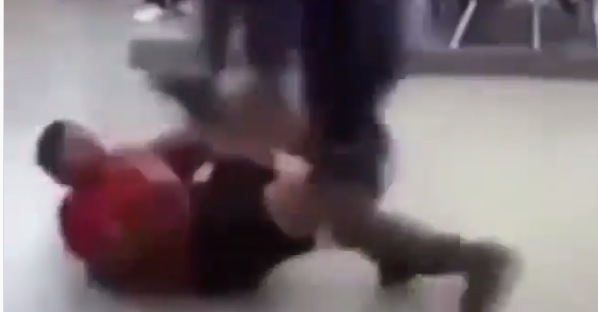 Pulling guard in the grappling world is often ridiculed by other grapplers who see it as a cowardly tactic when facing someone in an altercation. What about pulling or playing guard for self-defense?

Now, some people might think: “Well, Jocko, I don’t want to run away if somebody wants to fight me. I want to fight them.” Well, let’s think about where that might end up for you. No. 1: You don’t know if this person has a weapon or not. What if they have a knife? What if they have a pistol? What if they’ve got three or four friends? And now you’re getting either shot, stabbed, mutilated, or otherwise maimed and killed. That’s not what you’re looking for on a Friday night as you’re walking down the street.

Meisha Tate Destroys Four Bros Who Challenged Her At The Gym

Guy Throws Up In Jiu-Jitsu Match After Opponent Farts In His Face!

Jake Paul vs AJ Agazarm in an MMA fight