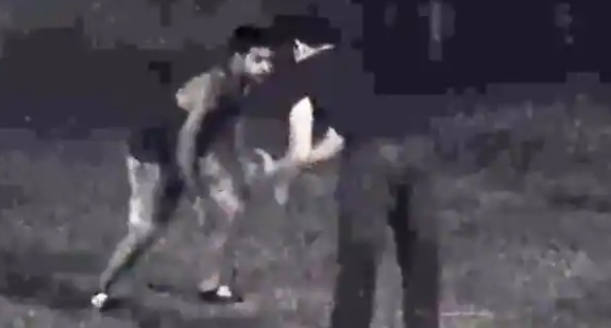 A 23-year-old was challenging people to a wrestling match a bar, and a BJJ black belt answered the call.In the video below, the black belt takes the wrestler’s back immediately. He sinks in a body triangle and fights for a RNC.

For the most part, the competitors stay civil. However, the black belt warns the wrestler that if cranks on his fingers again, he’s going to choke him out and not let go. One of the men watching the fight also reminds the wrestler to stay off of the black belt’s fingers.

Fingers or not, the wrestler obviously did not stand a chance. A little over two minutes in and he frantically taps the grass. The video ended shortly after

Jake Paul vs AJ Agazarm in an MMA fight

Wrestler Scores a Duck Under Suplex KO in Street Fight