Royce Gracie and Ken Shamrock, UFC and MMA Legends, met in the ring three times. Here’s a throwback to their previous fights, two of which occurred more than 20 years ago and the last one is from 2016.

Royce Gracie vs. Ken Shamrock I

The first Gracie-Shamrock fight occurred at the first UFC on November 12th, 1993. At the time, UFC was much different than it is nowadays, it had nearly no rules. This tournament was a one-night, open-weight, where Gracie and Shamrock met during the semifinals.
Gracie immediately went for a takedown, shooting in on Shamrock, who sprawled to stop the takedown. In the end, the fight went to the ground. Shamrock eventually exposed his back and tapped out to a choke from Gracie. Royce managed to submit Shamrock in only 57 seconds. 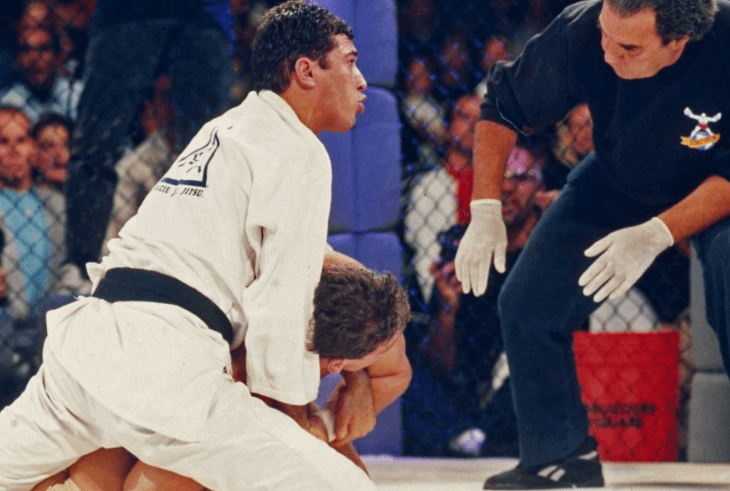 Gracie returned from his retirement to face his old rival, Ken Shamrock, one last time at Bellator 149 on February 19th, 2016. Gracie won the fight in the first round after hitting Shamrock with a knee in the head and ending the contest with hammerfists. This was a controversial victory, as replays showed that Gracie landed a knee strike to the groin prior to the finish.