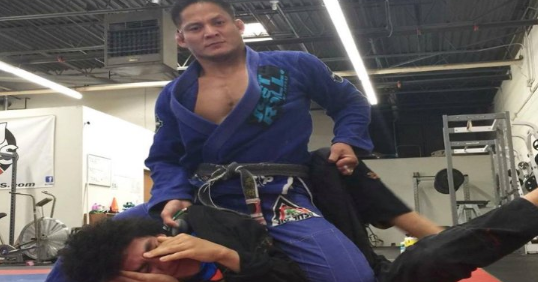 Interpersonal relations can be awkward. Some people flat-out will say what does not suit them. While others, fearing offending someone, will not say anything. Some people will agree to help you without thinking, even when they are busy. Others will say no right away, even if they have nothing to do. And so on and so forth. Such examples could be endlessly multiplied. We are simply exposed to these and other similar situations in our lives all the time.

It is no different and on the mat. Such things also happen during BJJ training. Especially when it comes to training with someone, which is inevitable in jiu jitsu. And it may therefore happen that you encounter a difficult training partner. Some people will tell such a problematic person that they do not want to exercise with them, and that’s it. However, if for various reasons you do not want to do so, below are some tips on how to deal with a difficult training partner. Read on also if you suspect that maybe you are the difficult one.

‘Difficult’ is a very general and broad concept. For everyone, a difficult training partner can mean something different. For everyone, the reluctance to practice with someone may be due to different reasons. However, we can still distinguish several repetitive types of behavior or traits, which most of us would consider characteristic of a problematic person, with whom most people don’t want to exercise. Several such types of partners that, can be considered difficult below.

Some people just do not distinguish between normal training and a fight to the death. They are much more aggressive than is usually necessary. Each submission in their performance looks as if they wanted to rip off your arm, head, or leg. They don’t look at the weight difference between you and always use all their strength and exert the greatest pressure they can. This is a good attitude when it comes to competition. And such a high-speed fight can be very valuable if both sides agree to it and, for example, prepare for some tournament. However, if you practice BJJ only as a hobby and you do not want to fight for life during sparring, such a person may be a problematic training partner for you.

On the other hand, there are people, who are the complete opposite of aggressive individuals. They are completely laid back. Being easy-going is generally welcomed, however, only for a time. If for someone being laid back means a complete lack of focus and not being attentive to training, then he or she can be as a difficult partner as an aggressive person. Practicing with such a person will mean that you will have to think for both of you and keep explaining to them what to do. Such people also tend to be talkative. All combined can be quite tiring, especially if you really want to focus on a good understanding of the techniques presented.

Someone with hygiene problems

Behavior was the problem in the above types of people. Here the problem is more prosaic. Some people can be difficult training partners, for example, because of their unpleasant smell. You don’t want to exercise with them because their breath smells bad, their Gi is sweaty, or they have visible skin diseases. Maybe they sweat a lot and don’t have a rashguard, so their sweat lands on you. Or their nails are too long, causing you scratches. And so on and so forth. Regardless of the more precise things, such people are just hygienically quite inconvenient partners to train with.

This is the type of behavior that lower belts, people of lower-weight classes, and women are particularly likely to encounter. Such people, described here as disrespectful, will want to exercise with you because they consider you the weaker. For such people, you will not be an equal training partner. They offered you a joint exercise because they don’t want to do anything demanding and tiring. Such people can also be condescending, lecture you (regardless of whether they are right or not), and a lot (often unfairly) comments that, for example, as a white belt you should already know something. Which all together make them quite problematic training partners.

Of course, the types above are just exaggerated behaviors of some people you may meet on the mat. There are as many reasons for not wanting to train with someone as there are people, everyone may not like something else. And that’s ok. You have the right to practice with whoever you like. That’s why it’s worth learning how to say no to people who, for some reason, do not suit us. Unless the problem is not the person himself, but some specific behavior. Fortunately, there are tips for that too.

Problem with the person

With some people, you just don’t want to exercise and that’s it. Unfortunately, such tough training partners will always come up. Therefore, below are some ideas on what can be done to deal with such problematic people.

The best option is to learn to say no to such people. Of course, easier said than done. Even though this advice may sound easy to do, unfortunately, it is often difficult. To learn how to do this, it is worth working on your general assertiveness and putting yourself first. When someone is aggressive, and you are afraid that you will get injured by practicing with him, it is not worth thinking here that maybe you will make the other person upset by refusing to exercise together. Do not feel guilty for refusing someone. Learning to say no is generally a very important thing in life.

If it is too difficult for you at the moment and the other side is quite obtrusive, you can always ask your trainer and other exercisers for help. There is a saying that snitches get stitches, but sometimes there is no other option and you have to go and complain about someone problematic. There is also no need to be ashamed of not being able to deal with someone. Asking for help is not a shame.

So, for example, you can tell the trainer that you don’t like to exercise with someone because the weight difference between you is too big, but that person doesn’t want to practice with anyone else. Then your coach, next time, when he notices that you are together again, can shuffle you and tell this person to look for people in his weight category. And If you also enjoy exercising with someone, you can ask them to always practice together. Then when the problematic person wants to train with you, you will say that you already have a training partner.

Don’t hold back and just be rude to them

And if you say no, and someone does not respect it, you can tell such a difficult training partner directly, even in a little rude way, what you think about his or her behavior. It may not be the most elegant solution to the situation, but sometimes it cannot be otherwise. Perhaps such a person, when he hears straight in his face that you are fed up with his arrogant behavior and too aggressive style of fighting, will leave you in peace once and for all. Some people just don’t understand the gentle suggestions and have to be handled fairly harshly. Perhaps in some cases, it will even give someone food for thought and change. In others, such a person may find you oversensitive, but at least that will keep you from dealing with them anymore.

Sometimes, however, it is not the person but some particular behavior that is the problem. Such a person can be nice, great to talk to, etc., but practicing with them just doesn’t go well.

The key to solving such behavioral difficulty is communication. And the conversation is the most important here. Just tell the other person about your difficulty practicing with them. You can simply say that, for example, you are bothered by their lack of focus when performing techniques. Or ask if they can train with you more calmly and slowly because you don’t want to practice as aggressively as they do? At best, they will follow your requests. Before that, they might simply not realize that some of their behavior might be difficult for someone. Of course, some people may also not want to follow your suggestions to change. In that case, you can politely say that then you will not practice further with them because their behavior is too much of a problem for you to accept.

However, when some things are difficult to talk about, you can try gentle suggestions and raise the problem in a veiled manner. Sometimes we just don’t want to upset someone by saying something to their face. It’s quite awkward to point out to someone that, for example, he has a bad smell from his mouth. If this is our training friend, even for his sake, we should tell him, even if it is awkward.

And if we do not know a given person closely, or we are generally embarrassed by such topics, we can move the topic of hygiene by accident. Talk (frequently) about e.g. super soap or Gi washing detergent that we bought, etc. If we’re lucky, the other side will get what we mean. And if not, we can resort to dramatic steps as if from ads. For example, do something like toss chewing gum with the words “for bad mouth odor” into their bag.

When it comes to problematic behaviors that are not of the touchy and personal kind like hygiene, something else can be done. You can try to copy the other person’s behavior to show how difficult it can be to deal with such a training partner. For Eg, if you are always explaining techniques because the other party never pays attention to the coach’s presentation of it, stop doing it. The person may then be shocked that something has changed and may become uncomfortable with it. Then you have a chance to explain that this is how this person is behaving towards you and that it is bothering you. Such seeing your behavior in the mirror is very awareness-raising for many people and prompts them to change.

Maybe you are the difficult one?

You probably started reading this to find ways to deal with a problematic person. But maybe in the process, you realized that you also could be a difficult training partner. So, if you’ve started to think about it, just take a look at the list below on how to be a good training partner and try to stick to it.