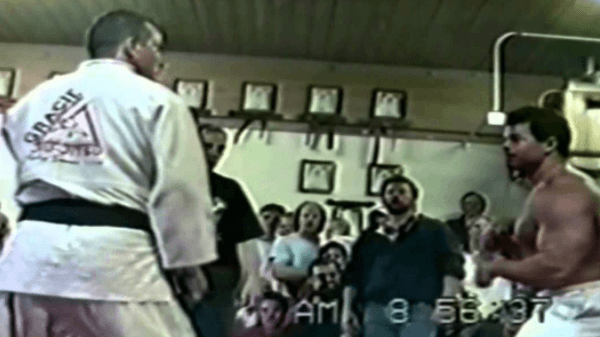 When someone mentions BJJ, certain things naturally come to mind. Techniques such as triangles or armbar visualize themselves in the head, you can almost feel the mat under your feet. You probably also see the faces of various people, great modern competitors, and coaches, but also the legendary creators of BJJ. So there is only one conclusion. If you train BJJ, you must have heard of the Gracie family. After all, its members are the founders of Brazilian Jiu Jitsu. But have you heard of the Gracie Challenge? Do you know in detail what it is about? What do we owe to this challenge? If you want answers to these and other questions about the Gracie family, keep reading. Below is everything you need to know about the story of the Gracie Challenge.

The Gracie family is, for short, a Brazilian family, from which many titled martial arts fighters come. Its members are the founders of Brazilian Jiu Jitsu. They are the so-called first family of Jiu Jitsu.

Gracie’s ancestors come from Scotland. Recognized as the progenitor of the family, George Gracie left his native village of Low Carronhill near Dumfries in 1826 and immigrated to Brazil. In 1917, his grandson, businessman Gastão Gracie, met the Japanese judo master Mitsuyo Maeda, who was staying in Brazil. Impressed by Maeda’s skills, Gastão proposed that the Japanese become a tutor to his eldest son, Carlos (1902-1994). Maeda agreed and personally trained Carlos in the judo techniques he was developing (also known in Brazil at the time as Kano jiu-jitsu or simply jiu-jitsu).

In 1925, Carlos founded his own jiu-jitsu school (Academia Gracie de Jiu-Jitsu) in Rio de Janeiro. He then passed the secrets of this art to his four younger brothers, including Hélio (1913-2009). Over the years, the brothers and their descendants began to modify Maeda’s jiu-jitsu by changing some of its elements and adding new ones. In particular, Rolls (1951-1983), son of Carlos, distinguished himself in this field. He was the first Gracie to emphasize cross-sectional training, including in his training regime, among others wrestling, sambo, and sports gymnastics. As a result, the so-called Gracie Jiu-Jitsu, commonly known as Brazilian Jiu-Jitsu was created.

Members of the Gracie family have been successful in combat sport competitions for over 80 years. Members of the clan were also involved in the creation of the Ultimate Fighting Championship (UFC). As a family, the Gracies upheld the Gracie Challenge. A fighting challenge intended to showcase the effectiveness of their style of jiu jitsu against other martial arts disciplines. More about it all is below.

The challenge created by Gracie was an open invitation match issued by members of the Gracie family. Its purpose was to represent their self-defense system of Gracie Jiu-Jitsu against challengers of other martial art systems in a vale tudo match.

Before we go any further, a few words about vale tudo, which literally means everything goes – you can do anything. It is a name of hand-to-hand duels popular in Brazil since the 1920s with very limited rules. MMA competition evolved from it. The original vale tudo was never a martial art, but an only formula for organizing a competition with very limited rules, where everyone could use the fighting techniques they found effective. This type of competition had minimal restrictions. Usually, only eye attacks, biting, and sometimes kicking in the groin were prohibited. In traditional vale tudo, there were no weight categories, no rounds, and no time limits. Very often the fight was fought with bare fists.

The Gracie challenge was first issued by Carlos Gracie in the 1920s to promote and develop Gracie’s style of Brazilian Jiu Jitsu. It was also an attempt to show that BJJ was superior to other styles of martial arts. The matches typically featured a smaller Gracie, of course in the Gi, versus a larger and/or more athletic-looking opponent. Carlos and later his brother Hélio Gracie and then their sons defeated martial artists of many different styles such as boxing, judo, karate, and wrestling while experiencing only a few losses. Over time such matches became very popular.

Gracie Challenge in the United States

Rorion Gracie, the eldest son of Helio, moved to the US in the late 1970s. His goal was to establish Brazilian Jiu Jitsu there. He set his own academy up, started teaching, and soon got a solid number of students. To popularize the sport, Rorion decided to use the Gracie Challenge. He announced a challenge to any martial artist that would fight him. The rules were simple – no referee, no time limits, no gloves. Of course, Rorion beat everyone. He also started recording matches, which became a marketing bull’s eye. And by doing that he took the Gracie Challenge to a whole new level than the vale tudo ones in Brazil.

With the Gracie Challenge, Rorions’ academy really took off. It was so popular that he had to call in reinforcements in the form of Rickson, Royler, and Royce from Brazil, who came along with the Machado brothers. They all helped, started opening new academies, and handled even more Gracie Challenge matches. Together, they strengthened the reputation of BJJ as the toughest martial art. By the 90s, they practically created a martial art empire

Very first Gracie Challenges fights are largely unknown. It is because they mostly took place behind closed doors with only a few students watching along as spectators. Of course, they were also not recorded in any way. Yet some of them became famous anyway. For example one of the many Helio matches is worth mentioning here. It was the fight between Gracie and Orlando Americo “Dudu” da Silva – catch wrestler 20 kg heavier than Helio. Despite the difference in weight, Helio won this fight with beautiful guard work.

As mentioned above, over time the fights began to be recorded. Thanks to this, we can watch many of them now on YT in numerous compilations. Like the notable Gracie Challenge match between Luta Livre expert Hugo Duarte and Rickson Gracie. Duarte did not want to fight for free, he wanted money for the match. Gracie didn’t like it, so he decided to attack him on the beach in front of his students. Duarte was practically forced to fight. Rickson won by the ground and pound. This enraged Duarte, who retaliated by storming Rickosn’s academy. This led to riots with the police finally intervening.

Of course, the Gracies family did not win every challenge, but they did emerge victorious from most of them. One of the earliest lost challenges is the high-profile match between Helio and Judoka Masahiko Kimura. Kimura went on to break Helio’s arm with the move that today bears his name. Helio didn’t tap and it was his brother Carlos who had to throw in the towel. Helio’s other high-profile defeat was with his former apprentice Valdemar Santana. Santana, much younger and heavier than Helio, won the match. It took almost four hours. Santana got the win via a soccer kick that knocked Helio unconscious.

Another name that’s famous for beating many Gracies is Kazushi Sakuraba. Admittedly, he did this under more controlled conditions than the classic Gracie Challenge, however, it’s still quite an achievement. For example, he submitted Royler, becoming the second Japanese fighter to beat a Gracie after Kimura. Royce attempted to avenge the loss but ended up losing after an hour and a half long bout. Sakuraba then went on to break Renzo Gracie’s arm. By doing that he solidified his legacy as one of Gracie’s worst nightmares. He even earned the nickname “Gracie Hunter”. You can read more about him here:

In the early 90’s Businessman, Art Davie presented Rorion Gracie with an idea. Inspired by Gracie Challenge matches he proposed an eight-man single-elimination tournament called “War of the Worlds”. The assumptions were simple and similar to those already known from the Gracie Challenge. That is fights between martial artists from different disciplines facing each other in no-holds-barred combat to determine the best martial art. Davie drafted the business plan and twenty-eight investors contributed the initial capital to start WOW Promotions with the intent to develop the tournament into a television franchise.

Investors and partners quickly changed the name of the entire event to Ultimate Fighting Championship and held the first tournament in 1993, in Denver, Colorado. The goal of the early UFC tournaments was to distinguish the most powerful martial art in competition with minimum rules and no weight classes between competitors of different fighting disciplines. In the beginning, UFC used to be very close to the original vale tudo, but over time developed a series of rules that meant an almost complete departure from the original idea. In following events, fighters began adopting effective techniques from more than one discipline, which indirectly helped create a separate style of fighting. That plus the introduction of weight classes, rounds, time limits, and the expansion of the catalog of forbidden techniques meant that the formula of this competition has evolved to what we know as present-day mixed martial arts (MMA).