Chances are that one of the first things that you will hear on any BJJ training session would be the phrase OSS. This may leave you dumbfounded at the moment as if you’re not well-versed in the martial arts traditions of the east you will most likely have never heard of this term. Well, what does OSS mean? And when should you use it?

What does OSS mean?

Well, the origin of this phrase, as mentioned, doesn’t come from the martial art and spot of BJJ, but of some of the eastern traditional martial arts. In fact, martial arts historians speculate that the term originated in the practice of Japanese Okinawan Karate where the term “OSS” or “OSU” are a shortened version of Onegai Shimasu which denotes an invitation, a solicitation, or a request. 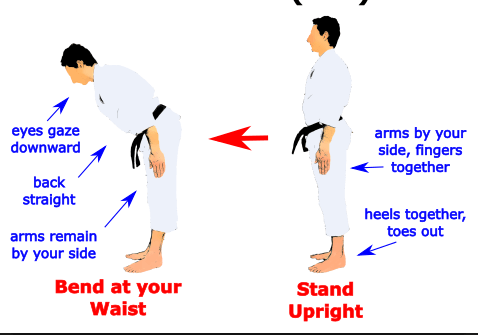 Have you ever watched old school martial arts movies where the fighters before and during a fight will shout out a phrase along the lines of “KIAI!”. Well, the practitioners of several martial arts believe that this scream has a function – and it’s used to increase the intra-abdominal pressure and make you stronger for the moment as a result. It’s also said that it increases your Chi energy. Well, such is the case with the “OSS” term as well – as some martial arts practitioners use it for this exact purpose.

In the case of Brazilian Jiu-jitsu, the term was first introduced by Grandmaster Carlson Gracie who borrowed the term from the eastern martial arts and started to implement it in BJJ. 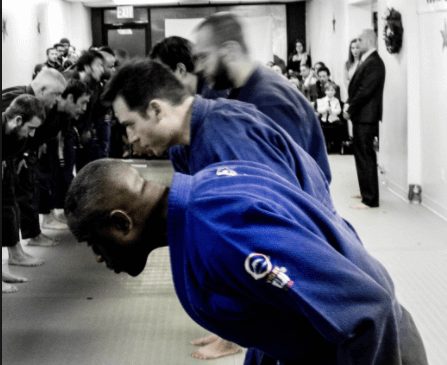 One of the most basic uses of the term OSS in BJJ is for the purpose of greeting someone. You will likely see fellow students bow to each other while saying the word. The term can also be used as a way to say that you have acknowledged a certain technique that’s being taught to you. It’s frequently said after a demonstration of a technique by the instructors. The term is used to signal respect to your opponent on the mats right before the battle begins. You can also use “OSS” as a compliment, for example, if you’re watching a BJJ fight and one of the competitors does a flying armbar out of nowhere.

However, you still need to be aware that the meaning of the term OSS in BJJ is not necessarily equal to the meaning of the same term in Japan. When in Japan you may want to be careful with the use of the term as there it’s used to signal strength and dominance on behalf of the one who utters it. So, if you say it at the wrong moment to the wrong person then you may get a hostile reaction.