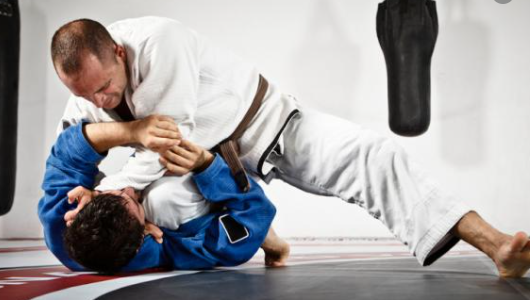 From time to time we all gonna see a lower belt wins over a higher one. Every now and again, even a black belt is going to tap to a lower-ranked student. It just happens. However, if you are a beginner who has just seen such a situation your whole world may have collapsed and now you wonder how it is possible. Or maybe you have just been tapped out by someone who trains less and now you got an existential crisis and wonders if it should be like that. Questions about whether lower belt students should be able to submit a higher belt or about whether the higher belts always have to win with the lower ones etc. just arises. We can’t help it and just start to wonder why is it like that. Fortunately, this is the end of this uncertainty and wondering. Below you will find the answer to whether this case is such a big deal and what are the reasons why sometimes the lower belt will win with the higher one.

So, should the lower belt be able to submit a higher belt?

The answer to this long question is short. Yes, they should. However, the point is not that someone with a lower belt should always be able to submit someone with a higher one. The point is that it is never bad to tap into a properly executed submission, regardless of the belt level. It is not humiliation or an insult. It is just something that happens to even the best. And it can have many reasons, for example, you got caught, because you had a bad day, etc. and the other person just took advantage of it. It just happens and the belts have nothing to do with it. Once for all, we should stop making it such a big deal. We should also stop putting so much pressure on the upper belts and repeat such nonsense as “higher belt should always be able to tap a lower belt”. To deal with these myths, below you will find reasons why higher belts do not always win with lower ones.

As we all know, BJJ has a belt system in place to designate the rank of students. It goes from white, through blue, purple, and brown to black. You spend an average of two, two and a half years on a given color. Which adds up to almost 10 years of training to finally deserve a black belt. And as we all know it is one of the most demanding and long belt systems among martial arts. However, despite this clear ranking system, it is not that uncommon to see a lower-ranked belt being able to submit a higher belt in BJJ. That’s because changing the color of the belt doesn’t magically make us a much better competitor. The difference between someone with four straps blue belt and a fresh purple belt can be really small. It will therefore not be surprising that such a fresh higher belt will lose to the veteran in the lower belt.

Moreover, the belt system is not a very precise way of defining a student’s abilities. Someone can be a purple belt with 4 and with 6 or 7 years of training. This is because the belts are given subjectively. It’s your trainer who determines when you deserve the next color. The number of hours spent on the mat is not counted here, etc. So it may be that someone else trains longer than you and has a lower belt. And it may happen that you lose against him, even though you are e.g. purple and he is blue.

The levels of people who exercise as a hobby will also differ from those who do it almost professionally. It may happen that the blue belt training every day will be able to submit the purple belt that is on the mat twice a week. In this example, you can see that the color of the belt is not as important as the frequency of training.

Here, also the mentality can be very different. For the hobby belt, the victories are not so important. People training just for fun a few times a week has a life outside of the mat. So they prefer to tap off quickly than to risk injuries etc. because they got duties at home, work, etc. While for “professionals” spending all their days in the club, victories are extremely important. They are all about winning, always preparing for competitions, etc. So if we put together these two types of people training BJJ, it’s no wonder that someone with a focus on winning will win even if they have a lower belt.

When you see some novice with a white belt just beat someone with a blue or purple belt you may be shocked. But when you find out that this “novice” has before trained judo or wrestling for 10 years, the surprise decreases. Just because BJJ was the first martial art for you, doesn’t mean it is for everyone. Not all people that start jiu jitsu are complete grappling novices. Some come with strong backgrounds from other martial arts/combat sports. For example, it is not unheard of a wrestler dominating at a BJJ tournament, even do they just started jiu jitsu training. Just look at Nicky Rod, previous wrestler, who won against black belts despite being a “newbie” in BJJ.

The higher belt was just training something

Once you have mastered BJJ at some level, you start to want to specialize in specific things. So it may be that the higher belt decides to practice escape from a given position. Such a student is just practicing it, so it’s no wonder that sometimes he fails in it. For example this person in a phase of defending the guillotine, so they’ll give away the position to experiment from there. It is only normal that some of those attempts will fail miserably and they’ll tap. So it can be said that such a person with a higher belt lost on his own wish.

It is said that a bad workman always blames his tools. But sometimes serious fights are lost by some pretty random stuff. Maybe that brown belt that just lost to the blue belt, before training argued with his wife and cannot concentrate on training at all, etc. Things like a bad day at work, some aches and pains, both mental and physical, etc. just affect us strongly. So sometimes they can be the reason that a student with a lower belt will be able to submit someone who has been training longer.