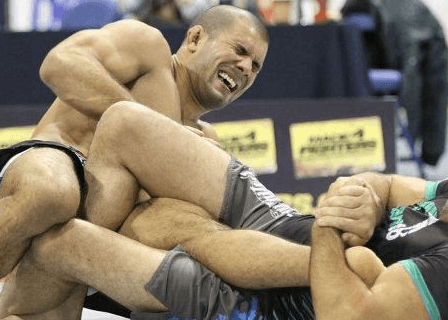 According to the Honolulu Sports Medicine Clinic, BJJ compared with other sports such as judo, taekwondo, wrestling, and MMA is a bit less injurious. However, that doesn’t mean anything bad can’t happen to you while practicing Brazilian Jiu Jitsu. You can still suffer some damage, both in regular training and competitions. Below you will find a list of  most common BJJ injuries.

Why do injuries happen?

Most of the time because while sparing you and your opponent is putting too much aggression, strange, etc. to the fight. Injuries mostly happen because of ego, you don’t want to let something go, your opponent is too stubborn, etc. Rener Gracie compares it to pulling the rubber band into different directions. When you are determined to catch something and your opponent is determined to get out from that and neither of you wants to let go it’s like stretching this rubber band to the maximum. It will eventually break and the same might happen to your body.

BJJ most common injuries on practices

Problems with back are really common while practicing BJJ. This type of injuries mostly happens when a guard player gets stacked and his opponent is putting all their weight on them. This particularly harms the lower back, which is packed impressively during the movement. Some spine injuries and back pain can also occur in the back mount. For example, you are flattened on the mat and person sitting on you by the movement of his hips, hooks, etc. can hyperextend your back. In general, all bridging your back too fast, aggressively, etc. can end up with an injury.

Whit this type of injury you should avoid positions that compromise the spine, and stay away from moves that involve close guards, mount, and bridging. However, you can do an open guard. To prevent this kind of stuff happening in the future try stretching (yoga for BJJ will be perfect here) and inversion drills. They can help the back to become more flexible over time. You can also improve your back stability with some strength and conditioning training.

By many, knees injuries are said to be the most common ones in the BJJ world. Mostly damage to our knees can happen while doing leg locks or some other stuff where legs are in some type of entangled configuration. If these things, where legs are in tight, stuck position are performed improperly just pushing the body a little bit further in the wrong direction may end up in a knee injury. In general with leg logs, if it feels really tight and you can’t get out it is worth tapping earlier than risking some injury.

After coming back to training after this type of injury forget about passing any guards or mounting. You should be more focused on your upper body movement, learning only how to defend yourself with hands, etc. In this case, removing the legs movement from your BJJ game is the best scenario. You can use protective gear like knee pads or knee brace.

Cauliflower ears unlike the previous injuries are smaller, but kinda more visible and irreversible. The term refers to a deformity of the ear caused by some impact damage. The most common cause of it is just a hit to the ear. Untreated injury leads to a blockage that prevents blood flow and damages tissue. This outcome is an irregular or knotty appearance on part of the ear, similar to a cauliflower. Early treatment can help stop permanent deformity. To prevent it watch out for the opponent applying too much pressure on your head. Just try to keep your ears out of any too tight situations. If you want to be 100% sure that your ears will stay pretty forever wear some kind of ear protection during training.

Other common injuries in the BJJ world are some neck pains. This happens because while practicing Brazilian Jiu Jitsu our necks are sometimes bending in really strange directions and we don’t care about that. This injury may occur in many ways. For example when someone is submitting us with some neck-related technique like Guillotine or just trying to do so. The other case is an even worse scenario because we know he won’t finish us, so we don’t care that much what he is doing with neck, but still, he is cracking it and it can be also bad for us. We just don’t realize it on time.

Very dangerous for the neck can be also a situation when someone is escaping for example from our triangle. It’s when your opponent keeps your hips out of the ground and going on you. In that scenario, your spine is almost vertically and all the pressure is on your neck, which can be really bad for you.

When you got this type of injury and still want to train watch out for positions where you can’t control your opponent grabbing your head. And don’t even think of using your head as a base point. To prevent it for the future you have to be more attentive on how your neck is bending during practice.

The thing that is not visible, but can be hurt the most – ego. This type of internal injury can be caused by so many factors. Your ego can be damaged because a lower belt, smaller person, someone out of shape, etc. will submit you. On a higher level, your ego can hurt also because you think you deserve something, like the next belt and your coach is not giving it to you. To prevent this type of injury is better sometimes to just hide our egos in the pocket and try to be patient and humble.

Most Common BJJ injuries during competition

Scientists from Honolulu Sports Medicine Clinic did some interesting research about BJJ’s most common injuries during competition. They concluded that orthopedic injuries are the most likely to happen at tournaments. Next were various types of rib damage. To be more specific researchers said that the elbows are most commonly injured during BJJ competitions. They also added that the main cause of this type of injury is armbar.

What to do with an injury?

If you got injured do not rush back to training. Rest. If you go to the doctor just listen to his recommendations. Stay off the mat as long as he said or if you can’t do that go back to training, but wisely. Inform your training and sparring partners that you are after injury and watch out for positions not recommended for you.