If you wish to learn the martial art of BJJ, then you got a long road ahead of you. It takes years of dedicated practice to master the BJJ fundamentals, and it can take a lot more than that to become well-versed in the more intricate parts of this martial art. That being said, there are certain basic Jiu Jitsu moves that all of the white belts need to know.

As a white belt, you shouldn’t focus too many submissions, especially those more technically demanding. There are certain basic jiu jitsu submissions that you should focus on first, before moving on more flashy techniques. These techniques are most common on white belt level and its good to be familiar with them, so it is gonna be easier to defend them.

The first basic jiu jitsu technique that we think is fundamental is the triangle. Depending on your constitution – specifically the shape, form, and strength of your legs – you will be able to do this move with variable success rates. The gist of it is that you will use both of your legs to put your opponent’s head in a choke point. The basic way in which you can perform this technique is from the bottom guard position – you need to put one of your opponent’s arms down and then jump up and place your calf over his neck. Then you should close the triangle off with your other leg so that you’ll create a choke with your thigh and your opponent’s other arm. It’s a fundamental move and it takes a lot of practice to master – it can also be performed from various positions while you roll. 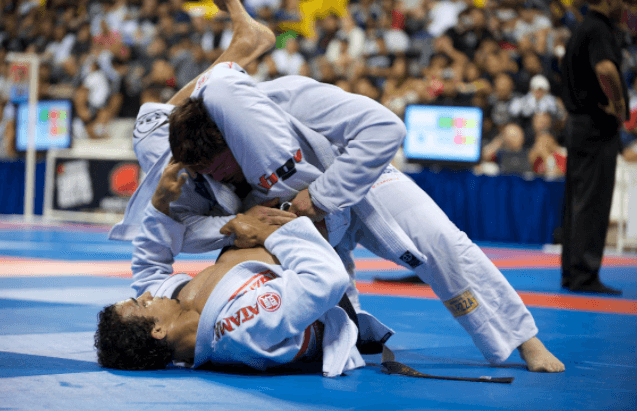 The BJJ basics require you to also learn the armbar. This is a very old technique and it comes from other, older martial arts, and it’s one of the most powerful, most effective – yet most elusive of techniques to perform in BJJ. You’d be surprised at just how difficult it can be to perform an armbar in a rolling session. This will typically be your experience at first – but with time you will learn the basic mechanics of the move and the positions from which you can attack your opponent’s arm.

The armbar uses your legs to bind your opponent’s arm – then you should pull down on the arm and create a breaking point at the elbow – your opponent will have no choice but to tap out. Much like the triangle – the armbar can be performed from various positions, but the most basic armbar is made from the guard. Also the armbar is the third most common submission in UFC.

We recommend you to put a deep focus on learning the rear naked choke. This is a fundamental BJJ move that can win you a lot of matches if you know how to perform it right. This move can only be made from the back position on the ground or if you’re standing. You need to wrap one of your arms under your opponent’s throat, use the hand of this arm to grab your other arm at the elbow, and put the other arm behind your opponent’s head in order to be able to generate pressure. This is a devastating move when performed right and your opponent will soon go to sleep if he doesn’t tap out in time.

Then there are the classic armlocks. The first one of them is the kimura – a move that can tear up the shoulder of your opponent if you can perform it right. This move is usually done from bottom guard, bottom half-guard, or side-control. While in the bottom guard, you can grab your opponent’s wrist with your hand. Then you will need to “rise up” towards him and grab your wrist over your opponent’s arm. You now have a kimura lock set in place and all you will need to do is unlock the guard and rotate to the side where the captured arm is. Then just twist it until your opponent taps out. 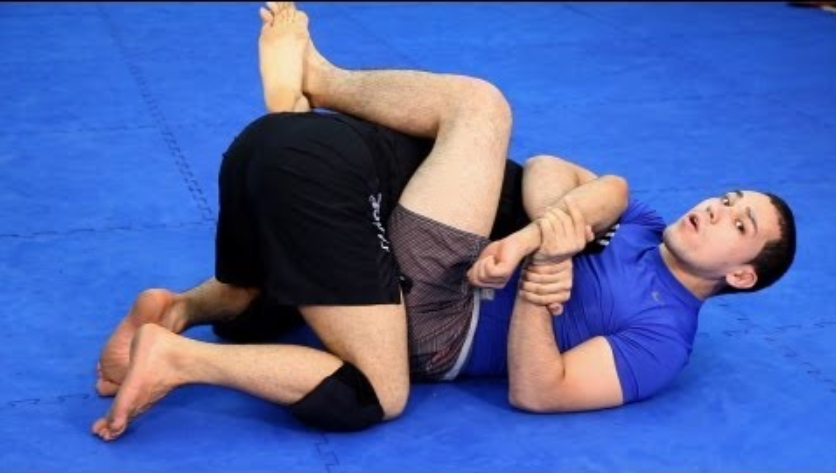 The second armlock is the Americana – or the figure four lock. This basic Jiu Jitsu move is usually done from the side-control position and the mount position. It differs from the kimura in the sense that you will twist the arm in the opposite way. From side control or mount, you should work to isolate one of your opponent’s arms. Grab it by the wrist with one of your hands and slide your other arm underneath your opponent’s arm – grabbing your wrist in the process. Then continue to bend your opponent’s arm in the direction that it’s not supposed to go. You will soon get a tap out. 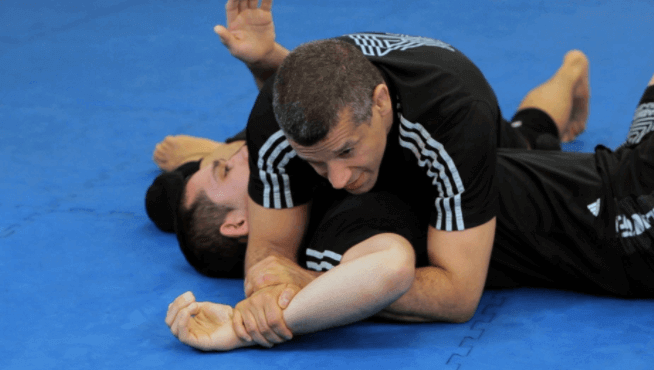 And this composes the gist of the basic Jiu Jitsu moves. If there is a final advice that we can give you on this subject, then it’s to work hard on the various basic jiujitsu positions. The guard, the half-guard, the side-control, the mount, and taking the back should all be positions that you could perform while you’re asleep, so to speak. One of the basic tenets that all white belts should follow is that position comes before submission. So, if you put due diligence in all of the moves that we have mentioned above, then you will gain a large increase in the quality of your BJJ skills.